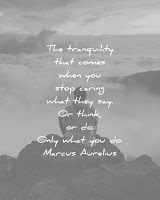 Here’s the thing. I don’t typically care what others think of me. I know I’m weird. I know I’m different. I am comfortable enough with myself now to own that.

But that doesn’t mean it’s not hard when I get really bad reviews, or when someone doesn’t seem quite as enthused about something I’ve done than I am.

I’ve encountered this in 2 ways this week…

The first was during an appointment with my doctor. I have several chronic conditions – things that have been going on for years – and some health challenges related to that. Yet I’ve been making some real progress on those challenges, feeling better than I have in YEARS. And I was excited for her to see that my numbers were improving, that I was feeling better, and stronger, and more like myself than I have in months.

From her demeanor you would have thought that I was dying. She has this kind of, well, Eeyore personality. She rarely if ever smiles. She rarely if ever gives me positive feedback. You know, “You’re doing well, now what can you do to keep it up and improve further?” or something like that.

Instead, it’s more worry, more concern, more furrowed brows. I’ve contemplated saying something to her, or seeking another provider. But I also like the care I get, I like her med tech, I like the office and it’s close to my house. So do I just suck it up? Say something? I feel like if I say something then she’ll make an insincere effort. I guess I’ll just hang in there. But it makes for some pretty depressing appointments.

The other experience was more common in my academic world. I got a revise and resubmit on a manuscript. And I swear to you Reviewer 1 is the most petty person on the face of the planet. My initial response to the review was “What the HELL?” (they wanted us to completely redo it using another method. Um, no.)

While the review itself wasn’t much better on second read, I was able to deal with it and come up with a plan and how I will respond to the comments. I will also be sure to have someone read through my response to de-snarkify it before I send it in! (Better safe than sorry…)

This makes me think of my demeanor when interacting with others…colleagues, students, family, friends… How do they see me? Am I giving enough positive feedback? Am I coming across like Eeyore?

A little self-awareness is not a bad thing. I know I’m not the best listener out there – something I am actively working to improve (although failing pretty spectacularly at it…). Maybe these experiences will help me move that along faster. I can hope, right?